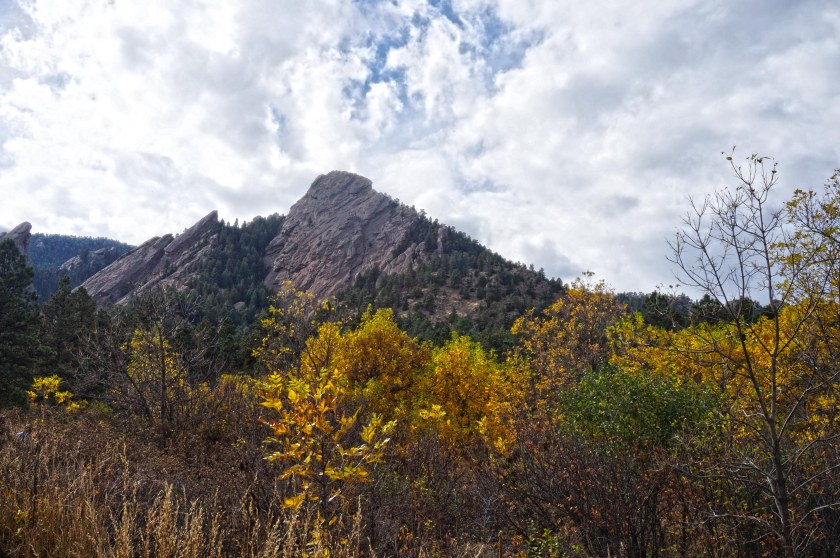 On our brewery-inspired Denver adventure, we took a day trip to Boulder, Colorado to get a taste of the Rocky Mountains in the American mid-west (and a taste of more beer too, of course).  The Flatirons are a symbol of Boulder and a staple in Chautauqua Park.  Chautauqua was an adult education movement that began in New York, highly popular in the late 19th and early 20th centuries.  Chautauqua, according to Theodore Roosevelt, was the “most American thing in America.” While the Flatiron mountains are not as high or grand as the mountains I’m used to in the Albertan rockies, they have a unique shape and character.  Whereas the trees at home were bare, these mountains were embraced by autumn leaves at even October’s end.  We hiked around for a bit, enjoying the warmth before we decided that beer was calling. 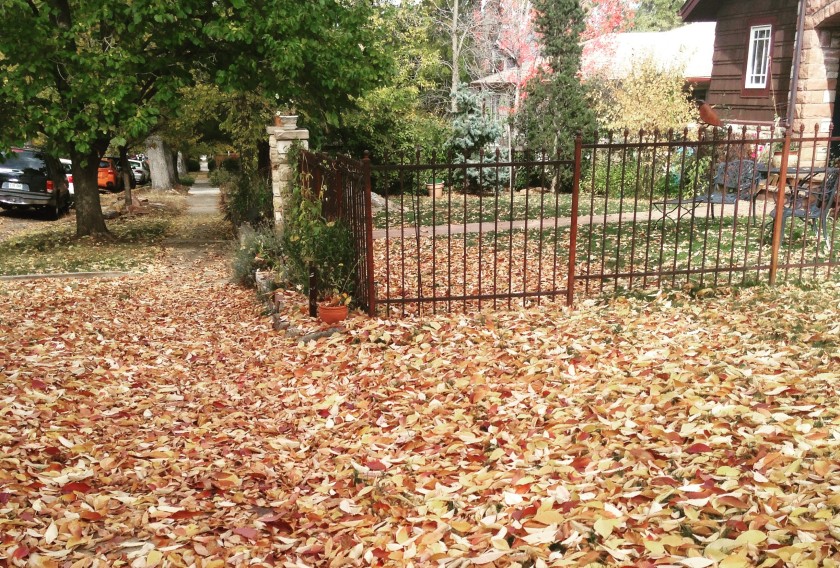 As explained by my previous post about Denver’s Craft Breweries and the reason behind our mini-break to the American mid-west, we were in Colorado for a few days at the end of October largely to visit some craft breweries.  A desire to see the Flat Irons mountains and to experience the hippie vibes I’d heard about, we decided to hop on a bus for a day trip into Boulder, about 45 minutes from downtown Denver by bus.  We began the day walking around the Chautauqua Park and the gorgeous leaf-lined streets filled with beautiful houses, and then made our way to try a few different breweries and tap houses.  Again, we couldn’t possibly visit all of them, so here’s where we checked out and my corresponding reviews. Boulder Beer Company When I was looking at Boulder Breweries, none of them really seemed to be near the downtown area – they were all far out in more industrial areas and required a good 20 minute bus plus 12 minute walk to get to.  Boulder Beer, which claims to be …

After my partner and I made a spontaneous decision to fly down to Denver on Airmiles for a few days to see Sufjan Stevens in concert, we had to think of how else to spend our time to make the most of a mini-break.  We were going on the cheap so we didn’t plan on renting a car, and given it was the end of October, we weren’t sure if the weather would be conducive to any serious mountain hiking.  I did a bit of poking around on the Internet, and realized the ultimate thing we could do to spend our time (and money): drink craft beer.  My parents travel for wineries all the time, so why not travel for beer?

Yoga and wine for the awkward, brave and kind