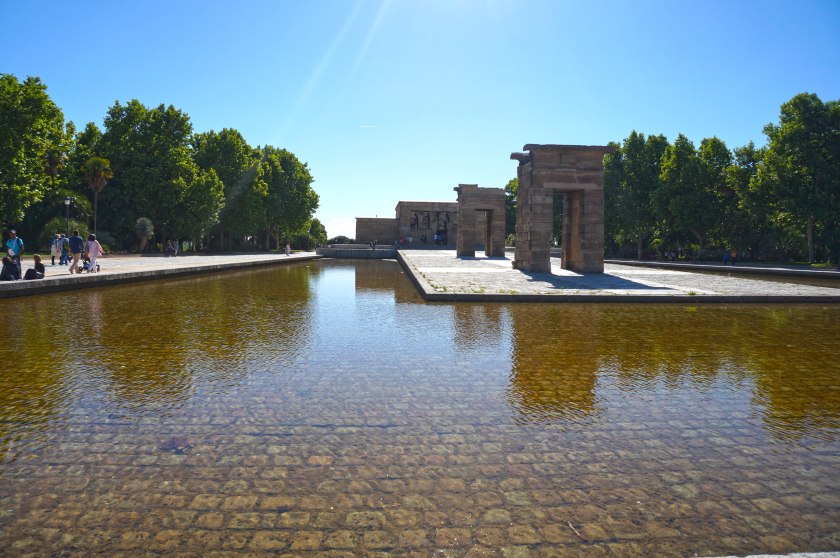 The Templo de Debod was originally located in southern Egypt, with construction dating back to the second century.  It is now located in the Parque del Oeste, gifted to Spain by Egypt in 1968 when its existence was threatened by the Aswan High Dam and its corresponding reservoir.  It was a sign of gratitude for Spain’s efforts in saving and relocating the temples of Abu Simbel.

The Temple of Debod is one of the few Egyptian works that can be seen outside of Egypt, and the only thing of its kind of Spain.   I am fascinated as the way in which this history was preserved – threatened by demolition in its own country, which is already home to so much of the world’s pre-modern history, and given to another country in order to save it.  How can we save all the history in the world?  Is UNESCO the only guarantor of a building’s safety?  What about the historical buildings and artifacts being lost as civil war wages on in Syria?

I come from a city which has preserved so little of its (comparably short) history; our downtown is marred by 1970s Brutalism and architecturally modern buildings.  If only the vast majority of our historical buildings could have been saved, too, before they were blown to the ground in favour of progress.