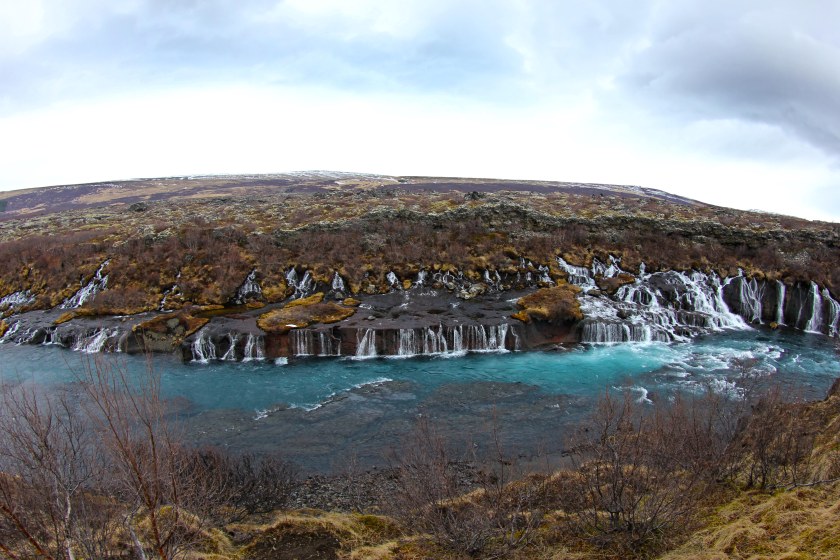 The unusual Hraunfosser Falls just outside of Reykholt, Iceland, flow into the Hvítá river, a series of rivulets that flow across 900 metres of a lava field (hraun means “lava”).   Attempting to get the whole width of the waterfall was a task only a wide-angle fish eye lens could succeed at.

Just a little further down the Hvítá river is another waterfall, Barnafoss, which means the waterfall of the kids.  The name comes from a legend wherein two children were playing on the bridge that crossed over the falls, and then fell to their deaths.  In light of our guide telling us this story, I held a little tighter to the rails of that bridge as I crossed.

The Yogivino
Retrospect
Viajando Together