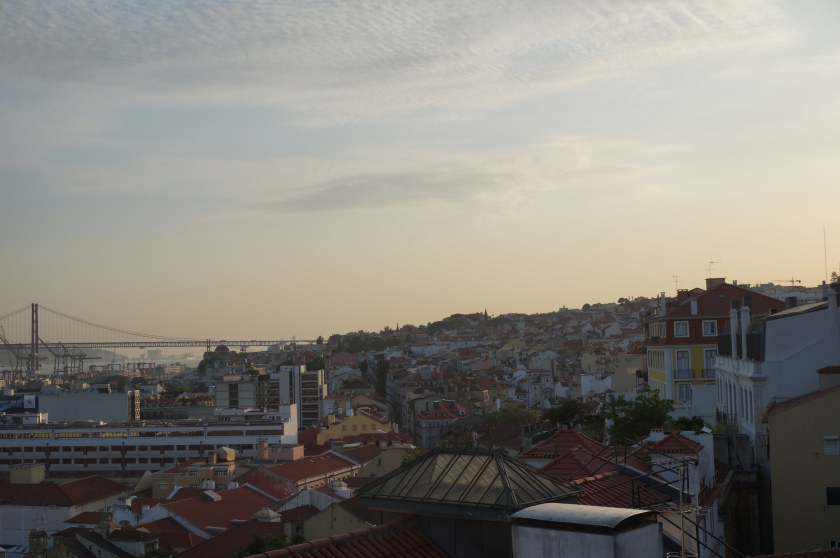 Lisbon, Portugal is a city of hills.  Buildings perch on slopes, and funicular trams transport the hill-weary up the steep cobblestone alleys.  Naturally, in a coastal city built on hills, there are many amazing views, and the more you ascend, the better the view.

As a bonus, seeking out the following Lisbon viewpoints are all free activities (there are viewpoints from the Castelo de São Jorge and the Elevador de Santa Justa, but for a fee), and a great way to explore and see the city from different angles.  These views can all be reached by walking, but if you can spare the change and want to save your quads, most can be reached via funiculars or walking from a nearby metro station. 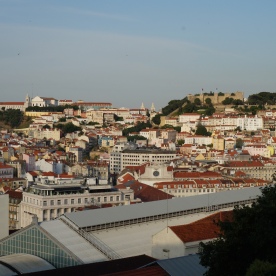 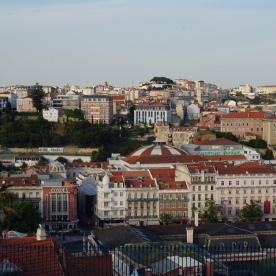 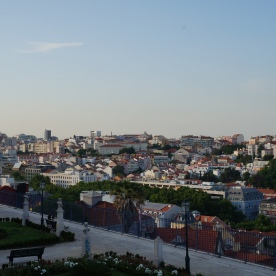 In the Bairro Alto neighbourhood, there’s a beautiful little park, with one higher terrace and one lower terrace.  It’s a gathering point in addition to a view – when we arrived, there was a mini market and street food vendors.  The view stretches all the way to the Castelo de São Jorge, across the Restauradores and Baixa areas.  You can either walk to this view, or take the Elevador da Gloría tram. 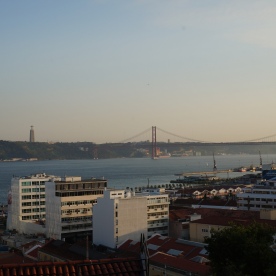 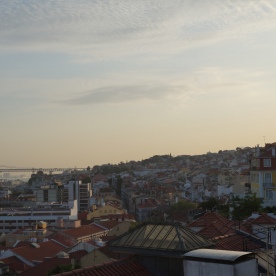 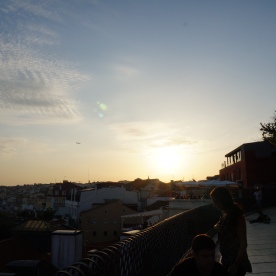 Also in the Bairro Alto is the Miradouro de Santa Catarina.  From here, you can see Lisbon’s Cristo Rei across the Tagus River, and the Ponte 25 de Abril which connects Lisbon to the municipality of Almada.  At the time we were there, there was a lot of construction obstructing some of the views, but the sunset over the multi-coloured houses was beautiful.   This viewpoint is also a notable gathering point, mainly for younger people, most of them relaxing on the nearby steps with open cervejas and snacks, which could lead to some memorable people watching.  It can be reached by walking, or by using the Elevador da Bica. 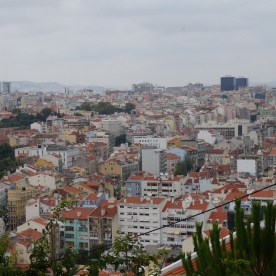 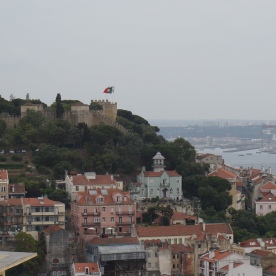 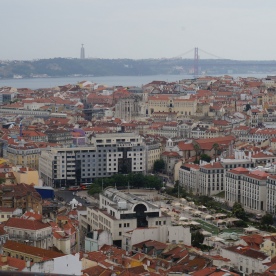 This viewpoint near the Alfama neighbourhood is right next to the Igreja da Graça, which is one of Lisbon’s oldest churches, built in 1271.  It offers a panoramic view of the Castelo de São Jorge, and from here you can see the Elevador de Santa Justa (left photo, in the middle), which takes tourists up to see the ruins of the Monastery of Nossa Senhora do Vencimento do Monte do Carmo, also visible in the left photo.  To complete the view is a lovely cafe, which remains open until the late evening. 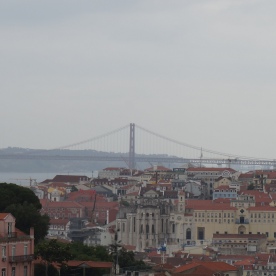 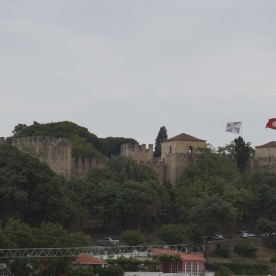 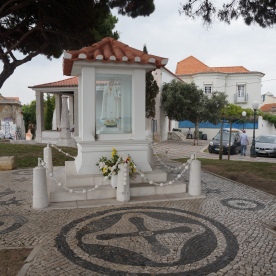 Last but certainly not least, the highest viewpoint in Lisbon, the Senhora do Monte (or Lady of the Hill) is also home to a chapel dedicated to the Virgin Mary and Saint Gens.  A tour guide explained to another couple that people still make pilgrimages up to this viewpoint to pray for miracles, like getting pregnant.  It’s a serene and quiet viewpoint in the Graça neighbourhood with extensive views of the city below, including the Castelo de São Jorge.

Have you been to Lisbon?  What were some of your favourite views?